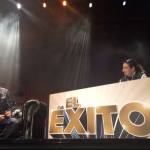 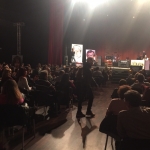 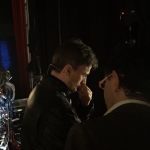 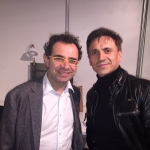 We create Congress Success. Because there is a way to achieve success and is listening to the best, who already got, and who have agreed to tell their secrets.

The 14 February 2015 celebrated in the Gran Teatro Caser Las Ventas Bullring the first edition of Congress Success with José Mota as chief guest. Congress inaugurated in style with the presence of the most important comedian of our country, a man of great success starts huge smiles with his work. They say they know if a person is important for the amount of eyes that shines in his presence, and José Mota destejos boot got the looks of all the spectators who filled the tent arena Sales.

Wonderland director Luis Alvarez served as master of ceremonies and conducted the interview after offering an interesting introduction to the success. In this issue we accompanied the Magician More particularly posing as guest psychiatrist he underwent an interesting interrogartorio about his life and career. Needless to say, the ceremony was splattered expontaneo mood of the participants, while was enlivened by a rokera band performed songs of success.

Onstage, during the show, Tachi artist painted a live box José Mota that he gave at the conclusion of the event. Every detail!

We are left with a phrase José Mota said what for him was successful. “Success is that inner peace is achieved when you feel good about what you do”

Success Congress will be held in Las Ventas Bullring Caser Theatre during the winter months. The next edition will take place in October 2015 and also have the presence of significant new successful people.